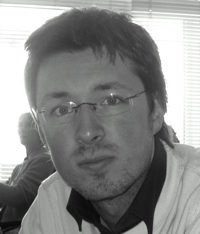 What do you do?

I am founding Partner of Ag8, a London-based independent studio developing currency for content makers, media platforms and brands.

Purefold is an open media franchise designed for brands, platforms, filmmakers, product developers and communities to collaboratively imagine our near future. It’s a project which Ag8, which I co-founded with David Bausola, has developed with RSA Films, the leading film production company of Ridley and Tony Scott.

Using the Creative Commons license, we want to open up the “closed” franchise model, which tends to cling on to traditional copyright as a way to prevent fans and third parties from building on top of the original canon. Purefold on the other hand, is generating audiovisual content under an open license, encouraging anyone -both audiences and third parties- to openly remix, spread and build on top of the audiovisual assets we produce.

Inspired by the themes of Blade Runner, Purefold contains infinite interlinked story lines, turned into short-format episodes by Ridley Scott Associate Films’ global talent pool of directors, and informed by real-time online conversations from the audience, which are harvested through FriendFeed, the world’s leading ‘life streaming’ technology. Productions are funded by brands, who can use Purefold as a platform to talk about their future products & services -as the franchise is set a few years ahead of now- rather than cling on to traditional product placement, which has the tendency to spoil the entertainment factor.

Why is this special?

First of all, Purefold is the biggest brand-funded project to embrace the Creative Commons ethos in such a fundamental way.

Secondly, we’ve devised the franchise to give brands a new way to engage with their audiences: in real-time rather than in the typical long production cycles of tv commercials, through long-form storytelling rather than through short spikes of interruptive advertising, and by involving the audience in the pre-production process in order to increase the relevancy of the content.

What can other learn from this?

That it’s all about collaboration, that’s how and where the magic happens. The ethos of the project (and of Ag8 in that regard) is very much about bringing people from different sides of the industry around the same table. There’s a lot of siloed thinking in the broader marketing industry, with product designers, media agencies, technologists and content makers not always in dialogue with one another. We think Purefold brings social media, product innovation, premium quality content production and storytelling together in a completely new way.

What obstacles did you encounter?

Too many to mention. There’s a lot of inertia in the marketing industry. It’s always easier to keep doing what you’re doing, rather than having to make drastic changes. Purefold cannot be easily categorized in one single box. It touches on so many areas: research, branded content, product innovation, social media, word of mouth, you name it. That makes it harder to go through the normal processes, and we know from experience it can make people’s head spin.

What is the current status?

We’re currently in the process of signing up an initial roster of brands into a Pilot Season. Follow us on Twitter or join in the discussion on FriendFeed if you want to stay updated about the project. 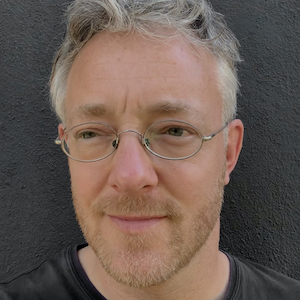